Blue Mountains results are out! 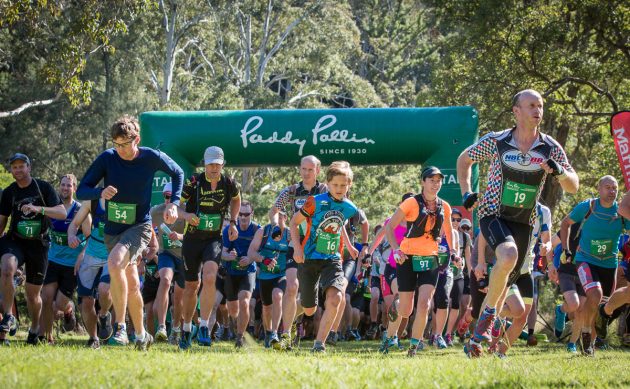 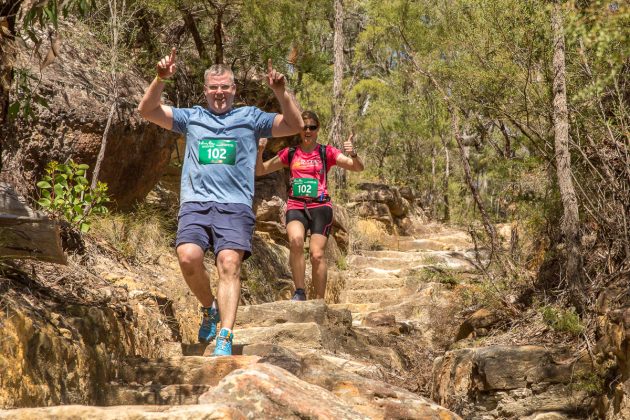 A record field descended on Euroka Clearing in the Lower Blue Mountains on Saturday. With both Classic and Novice courses on offer there was something for everyone.

Both courses kicked off with a mini rogaine around Euroka Clearing. Classic teams then rode up Bennett Ridge to the start of the Oaks single track. After a sweet ride to the bottom of the single track teams transitioned to foot to complete a loop of the stunning Red Hands Cave track. Teams then jumped back on their bikes and rode back down to Euroka Clearing. They then ran down to the Nepean river where they collected two checkpoint by kayak before running back up to the finish line and a well earned rest!

Only five teams made it onto the Bonus bike leg before the cutoff. Belrose Bicycles (Chad Armstrong and Ryan Armstrong) had a close race with That’s a Paddlin (Tim Doman and Andrew Lloyd) eventually beating them by only four seconds.

The Novice race had another strong turn out with with 40 teams lining up for their first taste of adventure racing action. Team BGSH (Sam Hudson and Ben Graham) flew through the course in 1hr 26mins.